Depth Of Field, it is a photography term

A camera is a tool can only focus on a single point as well as a certain area in front or behind it. That area is called ‘Depth of Field’. It is also called ‘The distance’ where between the closest and farthest object is in noticeable sharp focus. It is also best described as the zone or area in your photo that remains in acceptable sharpness. These are the different definitions of the depth of field.

How can I use this in my photography?

It is used to emphasize on the subject in the photo, as it throws all the attention on the subject and removes the distraction in the background or sometimes foreground. However, with landscapes, it is critical that all the elements in the scene are in focus. So using a deeper DOF is critical.

There are landscape photographers who not only bracket for exposure but bracket for focus by combining (in post-production) different images of focus recording throughout the scene.

There are only two types of Depth Of Field; one being shallow, where the area which is sharper or in focus is small and another is deep, where it is opposite and more of the scene or subject is in focus. This can be used in so many storytelling ways.

This is how you can control it

To run through a simple and quick definition, an aperture is opening in your camera lens which let the light pass through. Photographers using aperture to control DOF. Taking a good example of a human eye. The pupil is considered as the aperture. You(as in your human brain and system) dilate/open your pupil to let in more light and contract/close the pupil. Similarly, you choose a small aperture i.e. a larger f-stop number to get a deep DOF, alternatively when you use a large aperture i.e. a small f-stop number to get a shallow DOF and less area to be in focus.

Another way to control DOF is to move the camera closer to your subject, this reduces the DOF to more shallow. But this method is often overlooked as it changes your composition. It may also sometimes limit your options to what you can better compose. But nevertheless, it can be used.

This method is often used for portrait shoot and landscape. Yes, landscape longer focal length lens is used in landscape images. The long lens beautifully compresses the subject, against the background, which is similarly achieved with the portrait session. Another effect with is used is bokeh effect, which the background of the model is blurred and out of focus and brings out the model giving a natural background.

The size of the sensor has also been known to contribute towards providing a more shallow DOF with larger sensor size. Hence professional photographer invests in a larger sensor camera. Although in my opinion, it is just a calculation of the crop factor. Well, let me explain in crop sensor cameras, there is a small calculation, that you have to make to calculate your actual focal length. The multiplying factor is the crop factor, which is different for every camera sensor. For example for the APS-C, the crop factor is 1.5 whereas the Micro 4/3 it is 2.0. Even though you are using the calculator to get the effective focal length, the actual focal length determines the DOF.

It often takes a skilled photographer to capture sharp images, most often while trying to exploit the use of DOF. The photographer most preview the image carefully to ensure that the subject is in focus, as it is very easy to get the subject out of focus and render the image useless.

Although that we have found out that Distance from Subject, Focal Length and Sensor size contributes to controlling the DOF. These articles argue otherwise stating that they simply don’t. Hence proving that Aperture is the only main and certain manner to control DOF.

Now that you have learned about Depth Of Field. I would suggest that you practice the concept right now. You don’t need an expensive lens, you just need to see the effect come alive in front of you.

Set your camera to AV (aperture priority mode) and shoot a subject against a clear and bright background. By changing the aperture you will notice the DOF come alive. Try it out and post your images in the comments below. Please share this article if you find it useful. 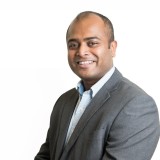